I’m up to date – who would have thought it!   This is a week of two halves sort of.  Monday – Saturday are actually all iphone photographs, Sunday’s collection are from the camera.  I found it easier not lugging the camera around as I’m beginning to get tired.  I don’t know if it’s bump or if it’s the M.E. but either way, I appear to be slowing down.

The first image is a little bit random – you know the pictures of full washing lines – the black and white ones from days gone by … well this reminded me of it and I just had to take a picture.  I like the whites against the clear blue sky – I would also have liked one long washing line and no brick in view but the whirlygig had to do. 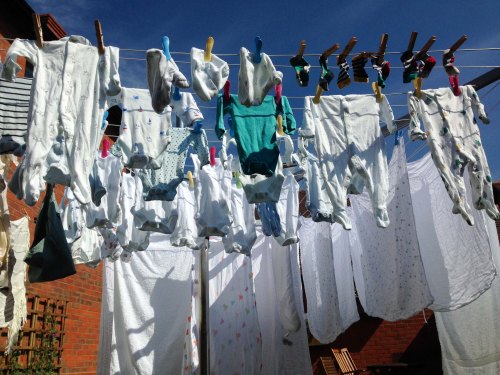 Then it sort of turned slightly cooler and on Tuesday I found myself out with the dog first thing in the morning in my new shiny wellies (I hope they last longer than my previous pair), a jumper and a scarf.  This was a continuation of me thinking about composition and putting an image together.  It sort of worked but the light, dog lead(s) and radiator do detract a bit … still – moving in the right direction. 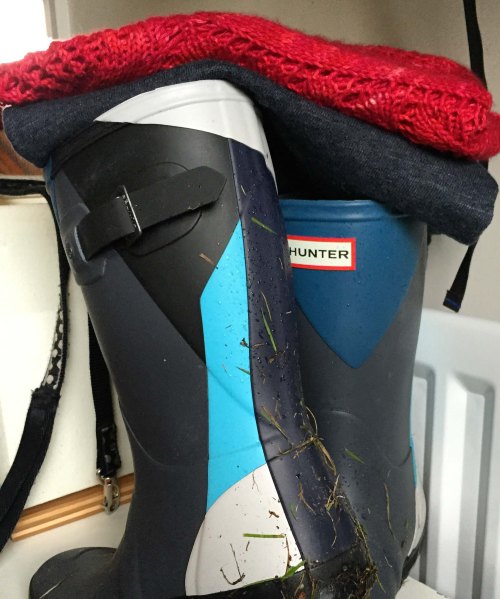 Another early morning shot – just as sun was coming up by the local field.  I just liked the cloud trails. 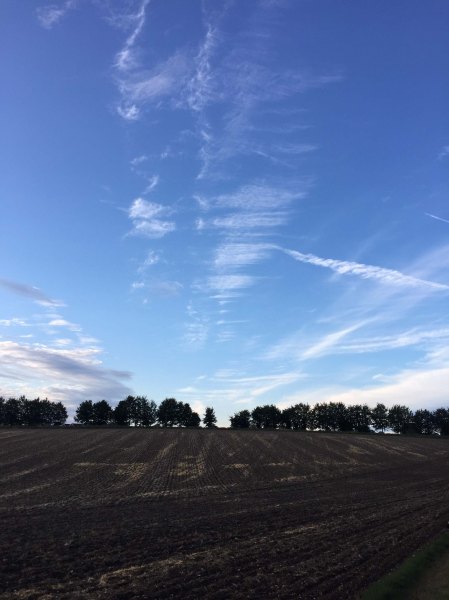 Then it was time for bake-off on Thursday.  I am seriously impressed with this cake as it was made by the 12 year old completely on his own.  It was light (which is good for a chocolate cake), moist, the ganache / chocolate fudge was not only shiny but tasted divine.  YUM!  Needless to say it didn’t last very long at all. 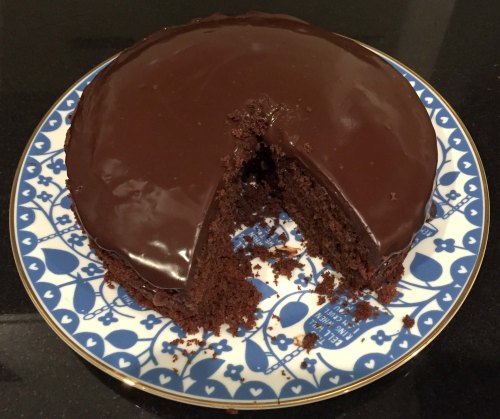 Friday’s image was just a snap of the dog having appropriated a newly finished object for a pillow.  I just liked the cheek of it!  She snoozed there for quite a while. 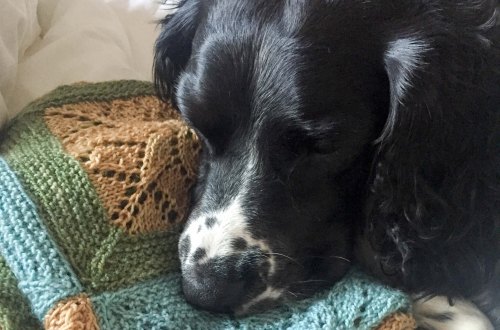 Saturday is flowers from the garden. 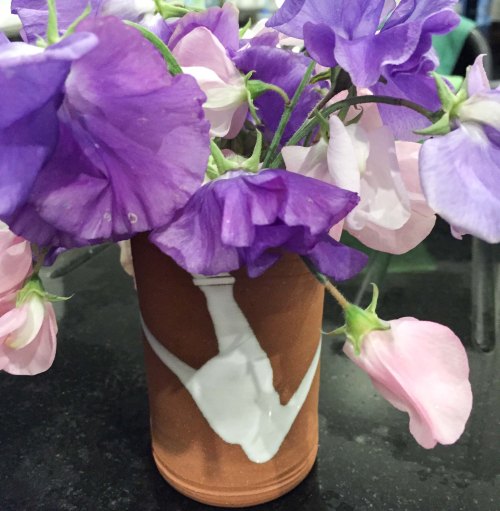 Now we’re on to Sunday – I’ve actually got a few images from today as I enjoyed playing with the XPro1 and seeing how you can change the look of things.  Effectively I was playing with composition and trying to get a good shot to show texture / colour / structure of a couple of finished knitted items.  First up is the blanket that the dog enjoyed snoozing on.  It’s actually still in two halves (and will be joined when baby gets big enough for them to be one blanket) so I tried stacking the folded blankets with a bit, but not a huge amount of success.   Artful draping over a chair or laying out on the grass really didn’t work but I think I hit the jackpot by pegging one half up against the back wall. 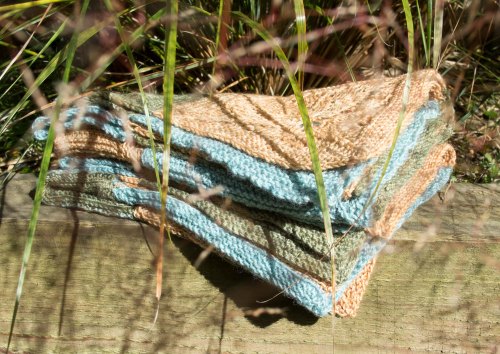 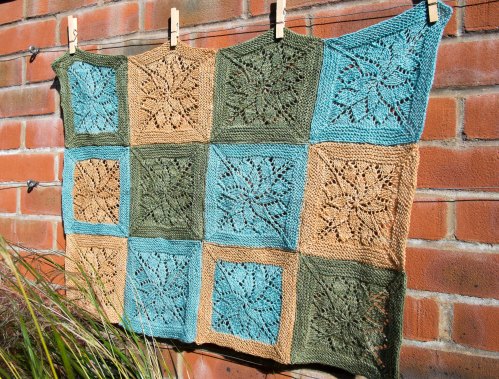 Then it was time for a pair of socks.  I really like them on the brick wall as well as it shows off the colour and heel construction but the best was actually wearing them among the geraniums.  I quite enjoyed this and will definitely do this again but for the next week, considering the schedule I expect more iPhone snaps. 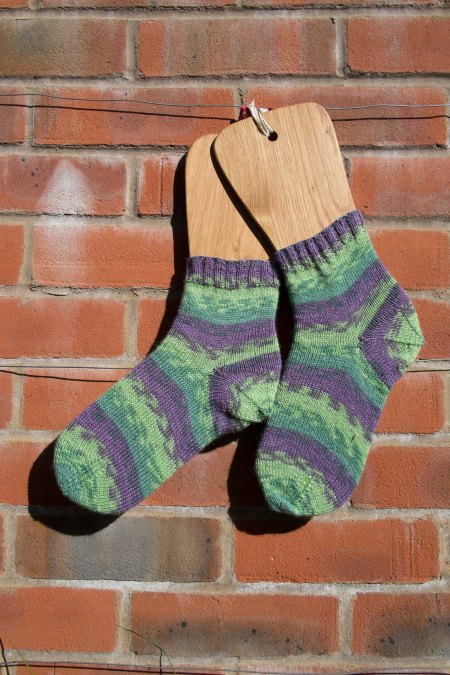 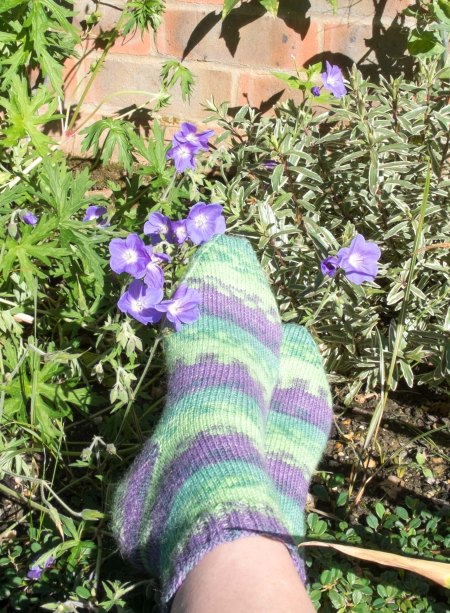